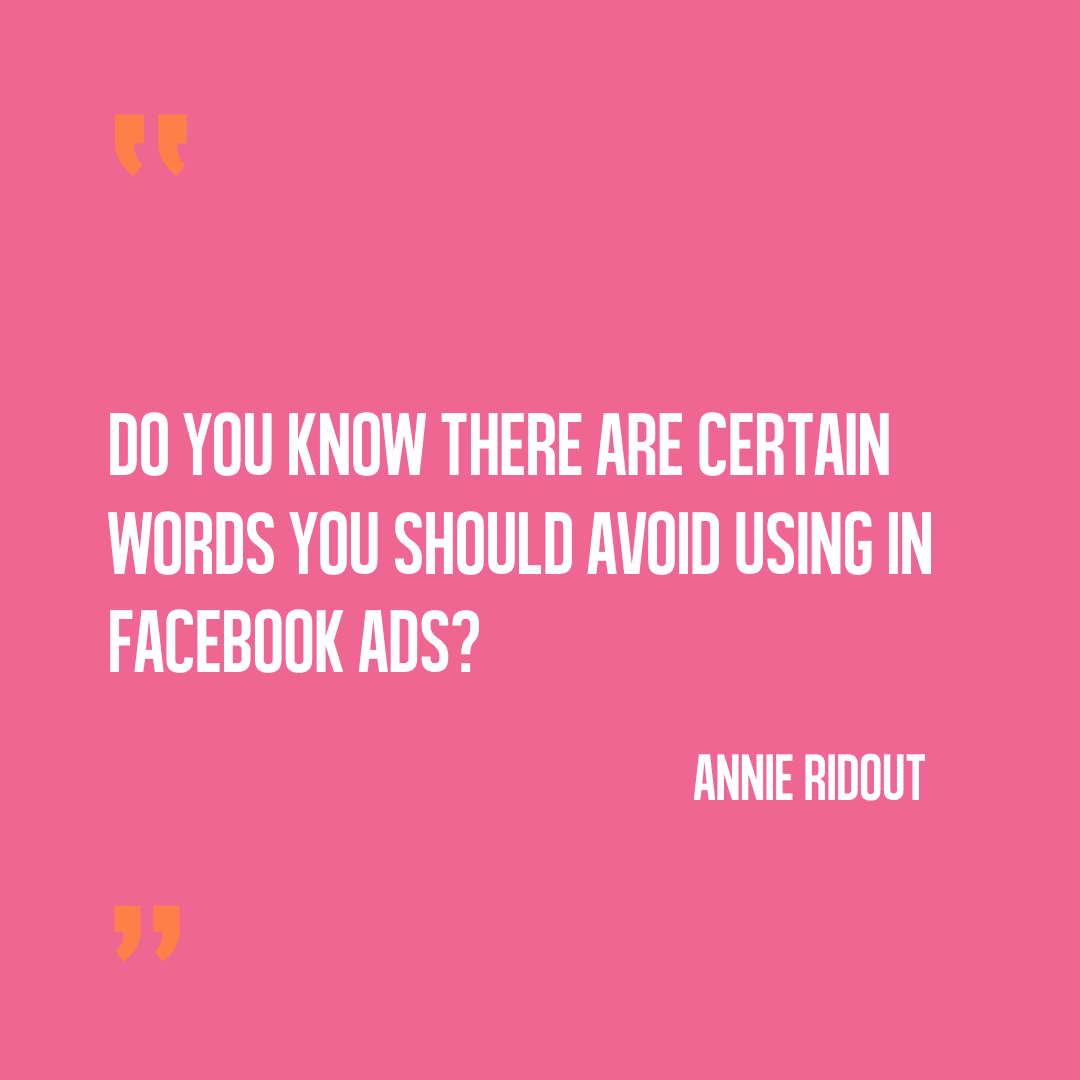 There are certain words you should avoid using in a Facebook ad. And if you go ahead and use them? You’ll be penalised. Your ad may not be approved, or won’t perform so well if it is. Some language may even have your ad account suspended…

Facebook ads have a sophisticated algorithm that detects certain language and penalises users for including words and phrases it doesn’t like.

Basically, Facebook wants adverts to be rolled out without annoying its users. So if there’s offensive language, or anything that makes people feel bad, it won’t go down well.

With this in mind, you need to think carefully about how you word your Facebook ads.

Examples of words/ideas to avoid in your Facebook ads…

Now this is a tricky one to get round sometimes. After all, you want to speak directly to your potential customers. But if you overuse ‘you’ and ‘your’, it might result in higher ads costs.

This is because Facebook doesn’t want anything that appears too targeted. So if you are targeting people who are not sleeping well with your new ‘sleep mist’ product, for instance, and write:

You’re not sleeping well, are you?

Sleep. Wouldn’t it be lovely to have a whole eight hours every night?

Anything ‘too good to be true’

If your ad promises that you will make someone rich in just 30 days, Facebook almost certainly won’t approve it. Because it might not work.

So avoid ‘get rich quick’ language.

Instead, describe what your product/service is, and what it will teach them.

Facebook doesn’t like the words ‘diet’ or ‘weightloss’. Again, it’s promising something that might not be possible. They don’t want their users signing up and then being disappointed.