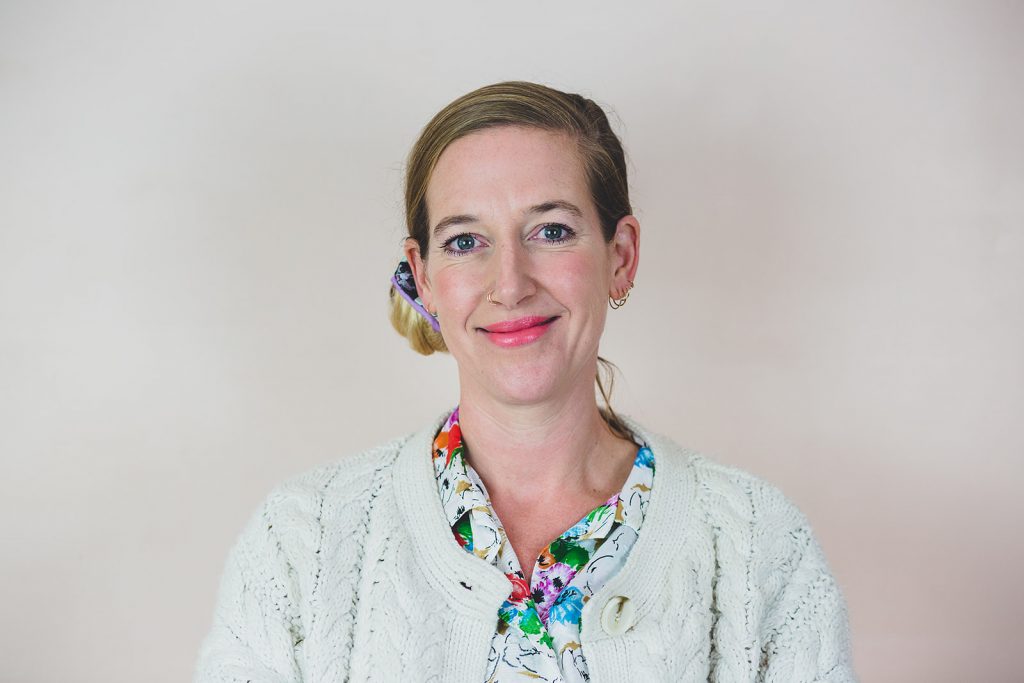 A big part of running a business is selling and yet so many of us feel uncomfortable doing it, especially when it’s on social media and old friends might see. But remember, your old pals aren’t necessarily your customers. Oh, and their opinions really don’t matter anyway…

When I launched my first digital platform, The Early Hour, my friends were really supportive. I’d developed this website around looking after my 18-month-old baby, having lost my job due to becoming pregnant. It felt like they were backing me and my new venture.

And it helped. In its first month, The Early Hour had 15,000 views. My journalist friends contributed articles, for free, and people would share the articles as they were published – across Facebook, Twitter, Instagram and word-of-mouth.

That website led to me getting a book deal to write The Freelance Mum and journalism commissions from the Guardian, Telegraph and other nationals and women’s magazine. But bar a few sponsored posts and partnerships, I didn’t manage to properly monetise the website itself.

However, after The Freelance Mum was published, and people kept asking for more advice on how to secure your own press coverage, I had the idea to launch an online course that went into more detail. I started talking about it on Instagram and when I opened sales, all 10 spaces sold out in two days.

I was elated. At last, I’d found a way to monetise my writing on my own terms, rather than relying on external commissions. I launched a second month of that same DIY PR course and then began creating other courses. Soon, I had an online course business.

And I called it The Robora.

But what anyone who has a business knows is that while your product/service is very important, the selling of it is too. Just as important. Because if it’s not selling, it’s not really a business. And so I had my courses ready-and-waiting in the shop and now I had to just sell them.

Instagram was a really useful platform for this – I told my followers as I was launching and re-launching courses, I talked about them in my Stories and wrote posts. I shared them on Facebook too, and Twitter, LinkedIn.

I started to notice something. The more I ‘sold’ my courses, the less some of my friends engaged with my posts. Friends who would once ‘like’ and share and comment and support no longer did any of those things. I suspect some of them muted me.

At first, it hurt my feelings. I spoke candidly to one friend – who still engaged with my posts – and she said: I just see you as two Annies – the one who’s with me now and the one on Instagram. She saw the Instagram ‘me’ as a persona. Only, it wasn’t. It isn’t. It’s me, just as much as I’m ‘me’ in-person.

Yes, my social media posts are filtered but so is my chat in real life. I don’t say everything I think or show all parts of me on meeting someone. You get different parts of my personality depending on who you are, where we’re meeting, how I’m feeling etc. Like with everyone.

So you know what conclusion I came to? If ‘friends’ don’t like the way I come across when I’m selling my courses on Instagram, maybe they’re not really my friends? You see, a whole load of other friends continue to follow and support. And I support them back. I think that’s part of what a friendship is?

I’ve got to the stage where I’m at peace with my need to shout about what I’m doing, including the courses and coaching packages I’m selling. This is how I earn a living. If I don’t talk about it, no one knows and I don’t make any money. Perhaps some people find it crass but others understand.

If you are running a business and feel awkward about selling – firstly, know that you’re not alone. It does feel awkward at times. But also know that there are probably people really keen to buy that thing you’re selling if they know about it.

We are about to enter a recession, right off the back of a pandemic and the Ukraine war. There’s the cost of living crisis. And climate issues. It all feels a bit much at times. But you know what remains the same? The fact that you still need to earn a living.

If you’d like help with working out how to sell during these uncomfortable times, you might like to join my new course: Move with the times (how to keep growing your business through a recession). Sign up now for the early-bird discount. It’s a fun, inspiring course that will motivate you to keep going – and growing.

And join our Facebook group too, where everyone will support and encourage you (even if some of your old friends can’t bring themselves to). Us women freelancers and founders need to rally together; there’s power in numbers and networks.