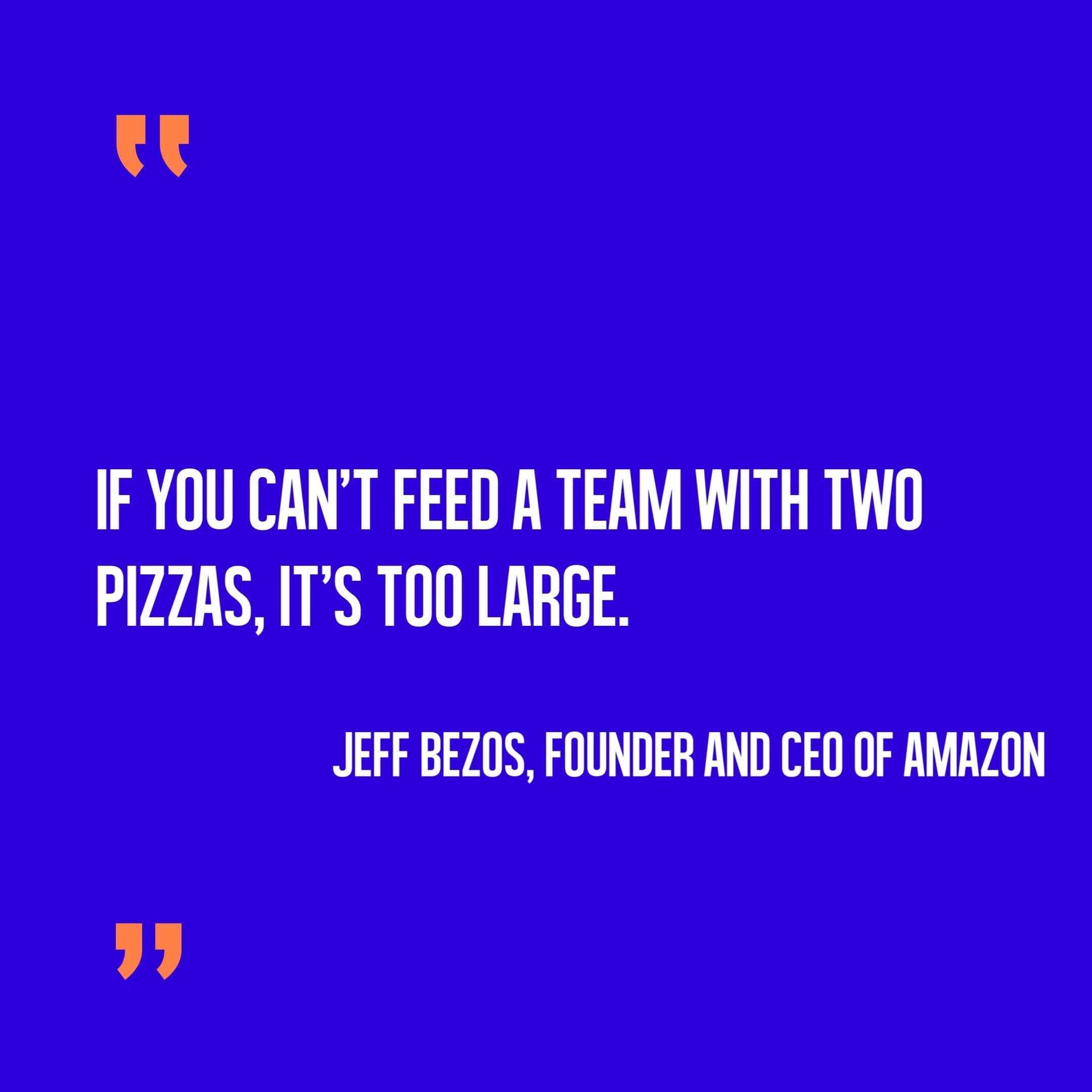 If you’re running a business, you’ll have to decide whether you want to keep your team small – maybe just you, and freelancers to fill the gaps – or employ people and expand. There are pros and cons to both. Here are my thoughts on it…

Once upon a time there was a man called Jeff Bezos.

He believed that a small team was best.

Small enough to feed everyone with just two pizzas.

But he’d go on to start Amazon.

And so at some stage, he obviously changed his mind.

What do you think: do you dream of having a big team?

Or perhaps you already do.

A ‘company of one’, as promoted by Paul Jarvis in his book of the same name.

I keep flitting back and forth.

At the moment, we have brilliant freelancers for web design, graphic design, bookkeeping and accounts.

We make plans to employ a team then backtrack.

The flexibility is good.

Scaling at our own pace – around three young kids.

For now, two pizzas will feed our team.

A PA/VA would really be useful, though.

But then it’s finding the time to do the training.

And to work out what to delegate.

Who know what will happen in the next five years.

I have an open mind.