At first, Sarah Birchall reduced her employment days down to three so she had more time for her ‘side hustle’ – making and selling cool, unisex kids’ clothes. But feeling overwhelmed by the juggle, she decided to wave goodbye to her salary, holiday pay etc and go full throttle on her own business…

What inspired you to start this business?
I loved the buzz I got every time someone complimented me on how I dressed my two kids (especially my son, who has only ever worn printed leggings because they are far more interesting than 99% of boys’ trousers). I had fine-tuned my shopping habits to dress my kids to stand out from a crowd and realised I wanted the satisfaction of those compliments from my own brand – so I decided to try designing for them myself.

Describe an average working week…
I’ve only been full-time on the business since January so it’s all very new and shiny to me still. I studio share with my husband, who’s a freelance graphic designer and our friend who runs her own craft business, so I spend a couple of days a week there with none of the put-the-washing-on home distractions, then I’ll work at home a couple of days where it’s slightly cosier (no central heating at the studio!) but also a tad lonely.

I’ve learnt it’s important to get out and mix up my scenery so I’ll aim to meet up with a pal who has their own business too and use that as a way to air woes, exchange ideas, generally be sounding-boards for each other and for me, a point of accountability with my work.

I’ve also got membership to the British Library – so that’s my favourite laptop spot when I just want to get out of my local patch and work in a noise-free environment – with good cakes.

My youngest is still in full-time private nursery so I’m spoilt by not having to worry about childcare now I’m self-employed and my son goes to after-school club three days a week, so 9-5.30pm is a pretty good chunk to get my head down. 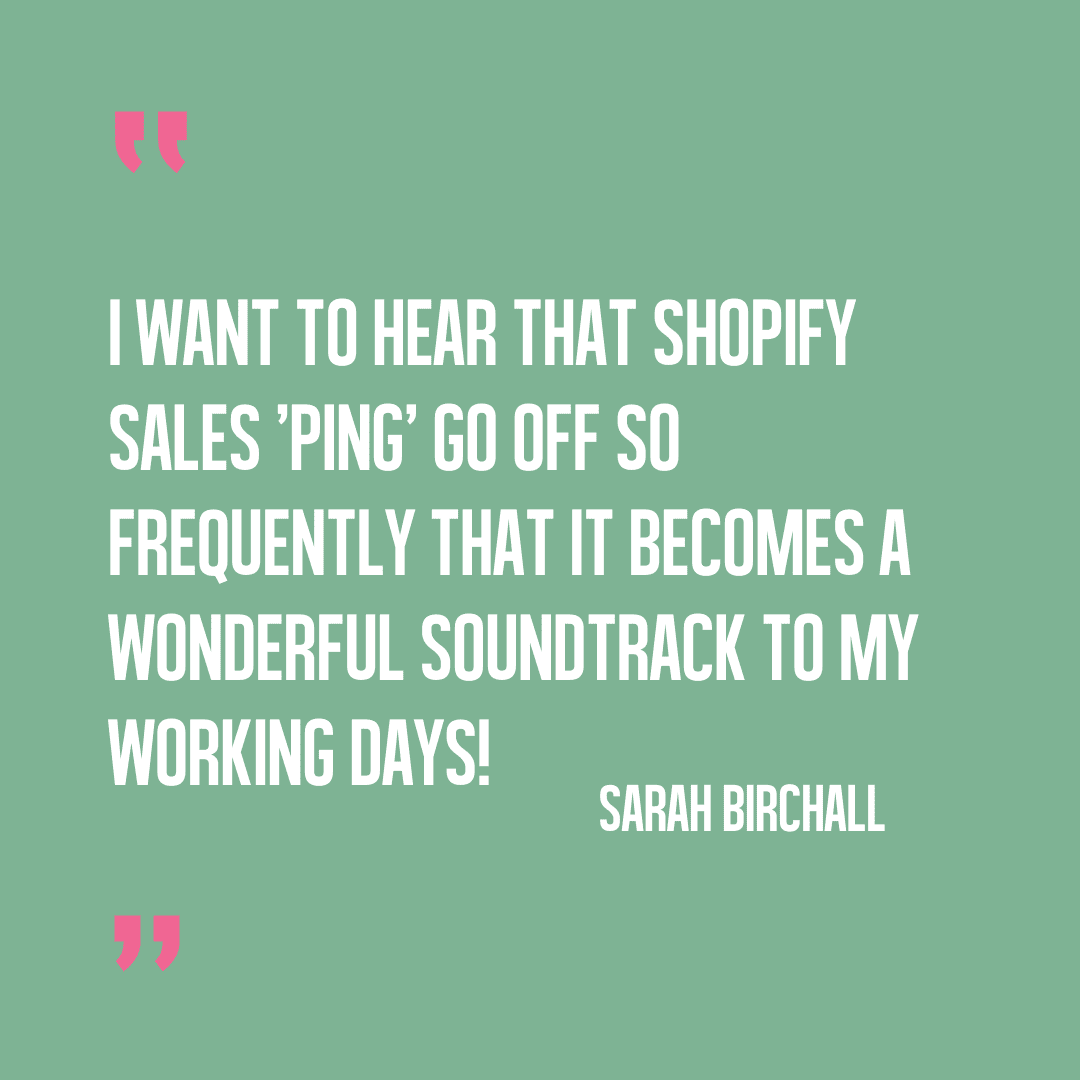 Biggest success, work-wise?
Biggest success was making the decision to quit the job I had for a decade, that I’d been side-hustling alongside the business for nine months. It was a leap, as I’ve given up the comfort of a decent salary, bonus, good annual leave, easy hours (ok, this is sounding like lunacy the more I explain it!) – but ultimately, I was overwhelmed flitting between two utterly opposite jobs. One of which bored me senseless. I knew I was never going to get Cub & Pudding to where I want it to be at just two days a week effort.

Biggest flop?
Hmm, June last year. It was two months after I launched and I dropped the ball a tad (I was still working just one day a week on Cub & Pudding at that point) and didn’t sell well at all. But that was the nudge I needed to ask to drop to a three-day week instead and channel more energy into the business and what made me happiest.

How do you spend your weekends?
Getting out of London is usually our priority. I have a love/hate with the city that’s been home to me for the past 20 years and am at the point now of actively trying to escape it. I’ve turned into my parents and we love a National Trust outing most weekends – if the weather’s pants we’ll find any excuse to all go the cinema (we’re spoilt with two great independent cinemas on our doorstep) or a good’ol museum – Horniman, Maritime, RAF are staples. And eating. Our days ultimately revolve around what and where our next meal is coming from. We love a cake pit-stop wherever we find ourselves..

In a dream world: one year from now, where would you be and what would you be doing?
Living out of London in our home studio, looking out of the window to see tranquility. I’ll be collaborating on new and exciting projects, earning enough money to not have to overthink minor purchases, hearing that Shopify sales ‘ping’ go off so frequently that it becomes a wonderful soundtrack to my working days!..