Witch wound: is this why women distrust each other? 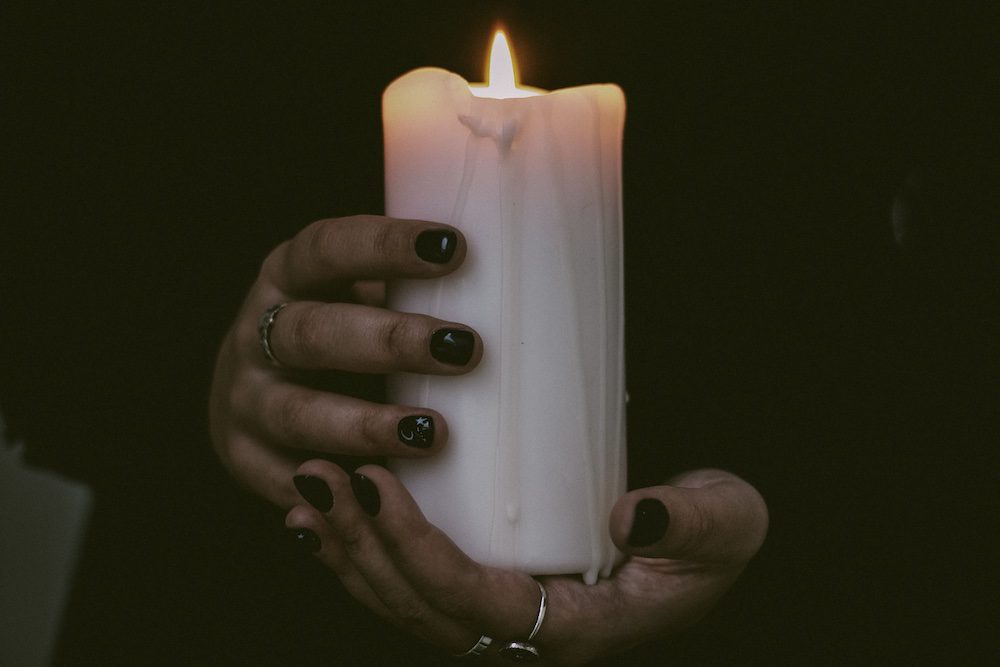 Why are women constantly told to support other women? Could the witch wound – caused by generational trauma from the witch trials – be making us sceptical about each other? If so, perhaps these witch wounds need healing…

Phrases like ‘empowered women empower women’ are everywhere, but why do we need such constant reminders to support other women? Could the witch wound – caused by generational trauma from the witch trials – make women sceptical of each other and afraid of their own power?

During a 300-year period beginning in the 15th century, you could be accused of witchcraft for almost anything. “Many women were turned against each other, reporting each other falsely to spare their own lives. It split the circles of women that had held societies together for millennia,” says Kimberley Jones, a writer, podcaster and witch wound expert.

Some believe this caused the witch wound, where we internalise distrust and fear non-conformity. “It affects everyone on some level but particularly women – cisgender, transgender and gender non-conforming,” says Jones.

“The trauma and misogyny from those times has become so woven into our society that we can’t even see it. Our modern world has been shaped around the dark legacy of the systematic persecution, control and dismissal of women.”

Witchcraft is having a moment – recently Nicola Sturgeon, Scotland’s first minister, apologised to everyone who suffered under the Witchcraft Act in Scotland, while exhibitions in Lancaster and Oxford have been exploring the history of witchcraft. Witchtok is booming and Instagram has over 7.6 million #witchcraft posts.

A new generation are exploring what the witch wound means for them. For Amanda Tracey, this began when she was traveling in Bali and started experiencing pain, later diagnosed as an ovarian cyst. After learning her hormonal contraception implant was to blame and having it removed, she started seeking alternative ways to heal, including shamanic practices and group ceremonies with women.

During one ceremony, Tracey realised that these behaviours and negative beliefs she had about herself “had been deeply engrained in my psyche throughout time.” Keen to know where they had come from, she started learning more about the history of the witch wound and female repression.

She began taking part regularly in women’s circles – spaces for women to gather, share and listen to each other’s stories. This was a significant healing experience for her, and “really helped me feel less alone in my experience. I found such peace and a sense of wholeness from sitting in circle, like I was welcoming myself back home,” she says.

This work had such an impact, she trained in witchcraft and facilitating women’s circles and now runs Goddess Liberation, hosting women’s events.

The witch trials forced women to “stay silent, suppress feelings, stay in line and not be seen,” says Tracey. This means the witch wound now manifests for women as playing small and fearing being seen and judged.

It also shows up as negative feelings towards other women. “Women have internalised patriarchy and can end up treating each other how patriarchy and colonialism has treated us,” says Jones. This can mean competing, comparing, and feeling threatened or envious of other women.

Both feel apt in a business context, where many women unconsciously compete while also doubting themselves. “It prevents business growth and expansion because of fear. It leads women to under-charge for their work, to over-give and to people-please, driving and striving with internalised unhealthy masculine energy and often leading to burn out,” explains Jones.

Like many holistic therapies and new age philosophies, there is not much academic research around the witch wound. No studies have been done on transgenerational trauma specific to the witch trials – however, research has found trauma can have generational effect.

“The idea that trauma can be inherited or that it can switch on genetic changes or leave marks is still rather new and also controversial,” said psychotherapist Sarah Lee, whose work focuses on childhood trauma.

“But since we know that trauma affects behaviour, memory and impacts physical health, traumatised people are inadvertently and often quite unconsciously participating in a long line of painful interactions that are passed from one generation to the next.”

“Healing the witch wound is possible, but it is a complex journey,” said Jones. Learning about its history and acknowledging how it affects you are good first steps. If you don’t want to get that witchy, read about trauma, emotions and boundaries or consider therapy if it’s available to you, recommends Lee.

Many people like Tracey find community is a powerful tool. “Find a space where women support one another and hold space for each other without judgement,” she says. You could try a women’s circle, women’s support group or creative group.

Other healing practices and rituals can help too – there are a growing number of options, but it’s important to pick things that work and feel comfortable for you. Look for qualified and ideally trauma-informed practitioners. This could be ancient practices, connecting with nature, feminine embodiment practices like ecstatic dance or nervous system regulation.

Whether you subscribe to the idea of a generational witch wound or remain sceptical, many women do struggle with comparison and self-doubt, no matter how many inspirational quotes we read. Healing the witch wound isn’t for everybody, but it could be an empowering way to learn more about yourself and your relationships.

“The witch hunts weren’t about witches as we have come to know them, they were about women being wrongly accused of witchcraft in order to destroy our natural power and gifts. It was about power and domination and the deletion of the sacred feminine,” says Jones.

Maybe now is the time to start reclaiming some of that power.